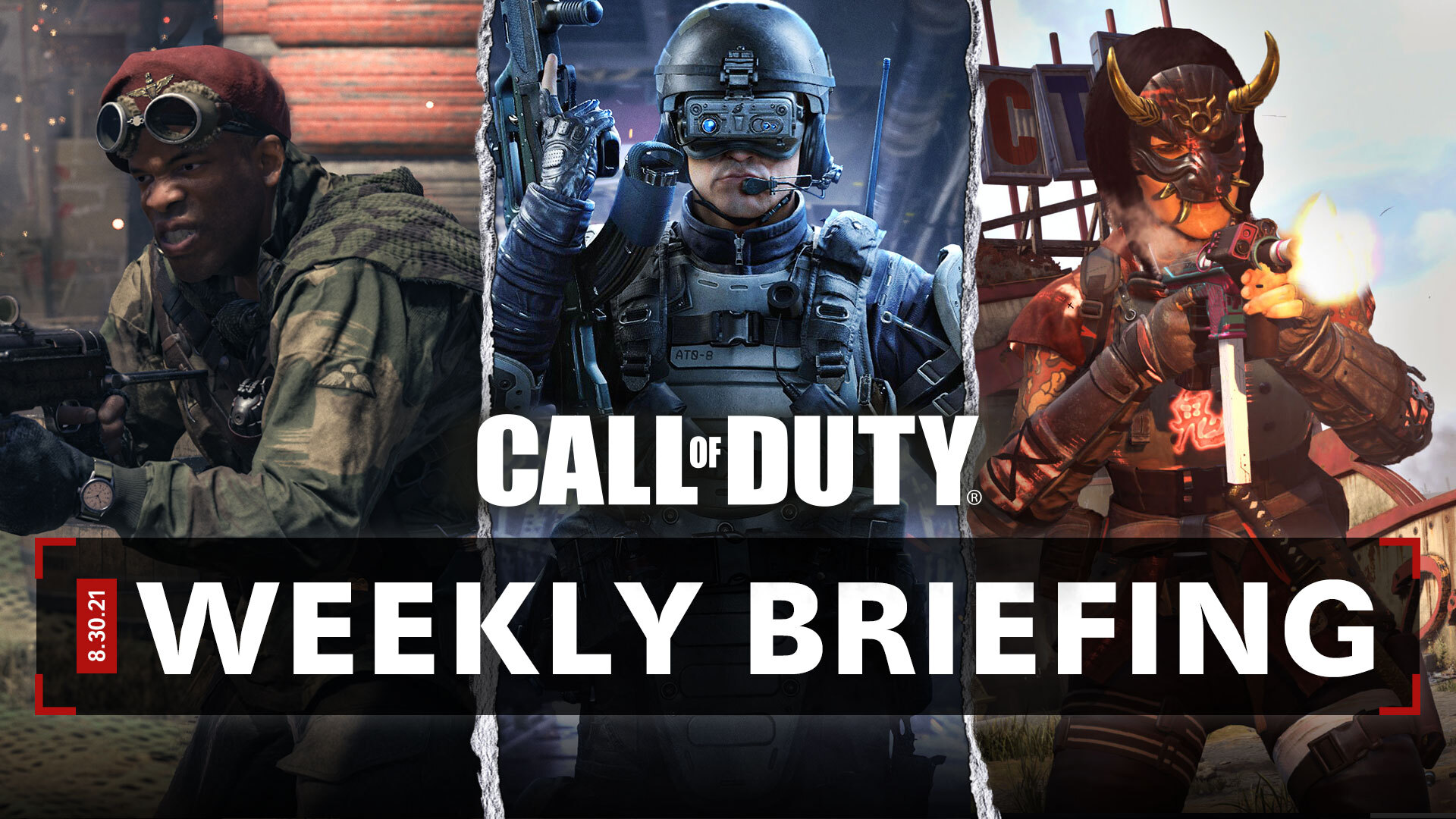 Call of Duty®: Vanguard Open Beta is just weeks away, new Multiplayer Playlists are inbound for Black Ops Cold War, and a new Free Access period and 2XP Weekend are coming up! 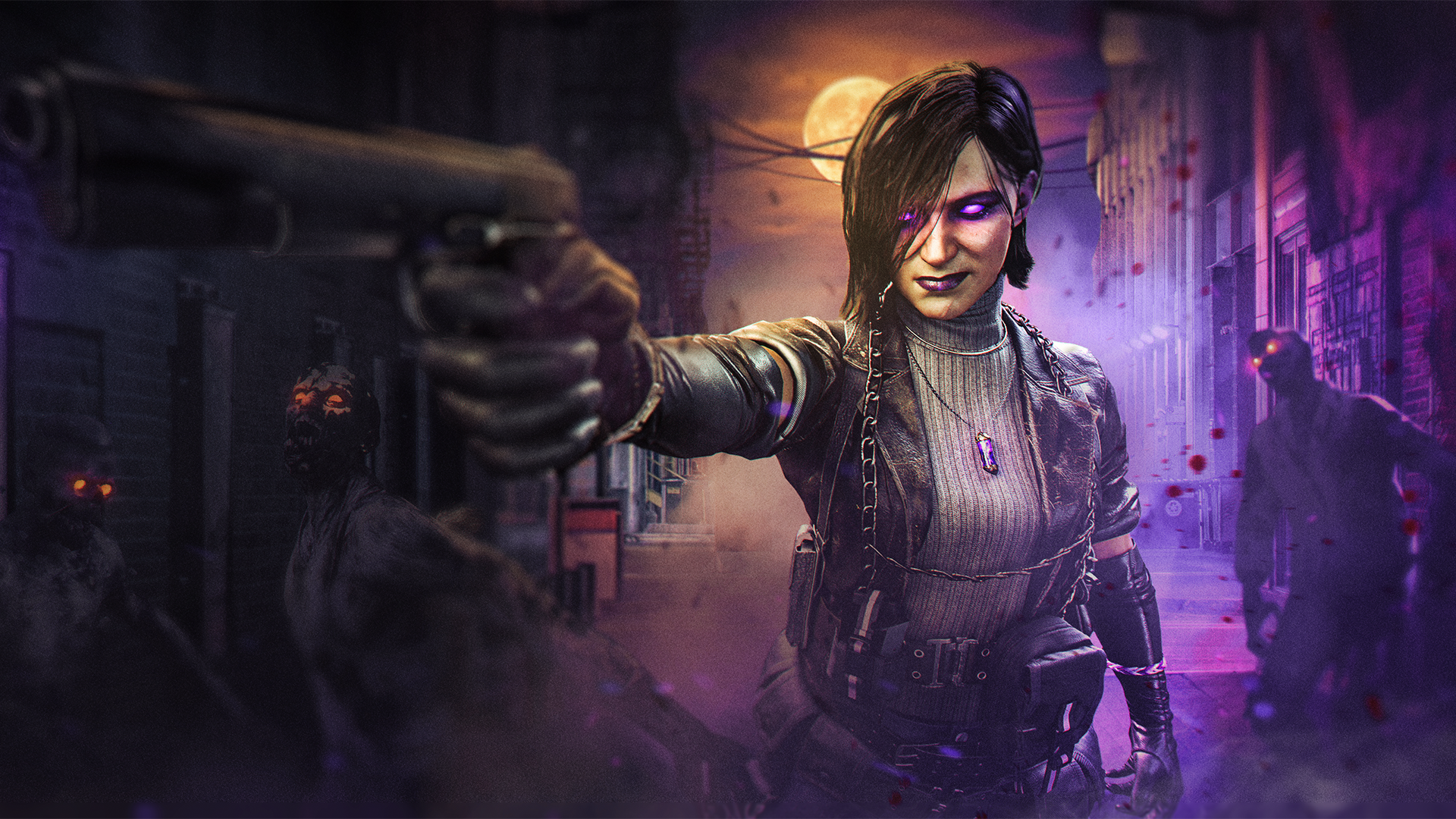 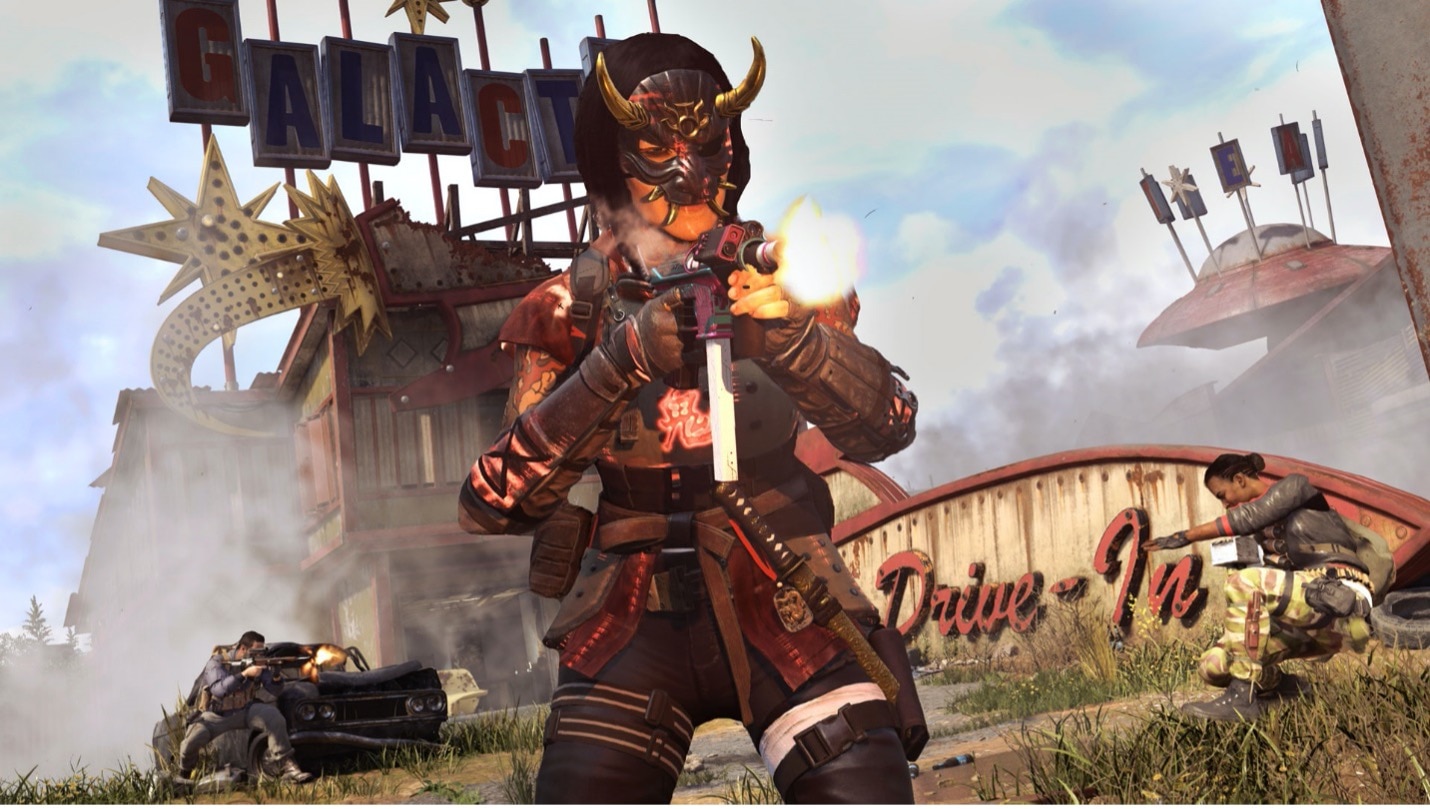 A cult classic from the original Black Ops, set in a movie drive-in out in an abandoned midwestern United States ghost town. 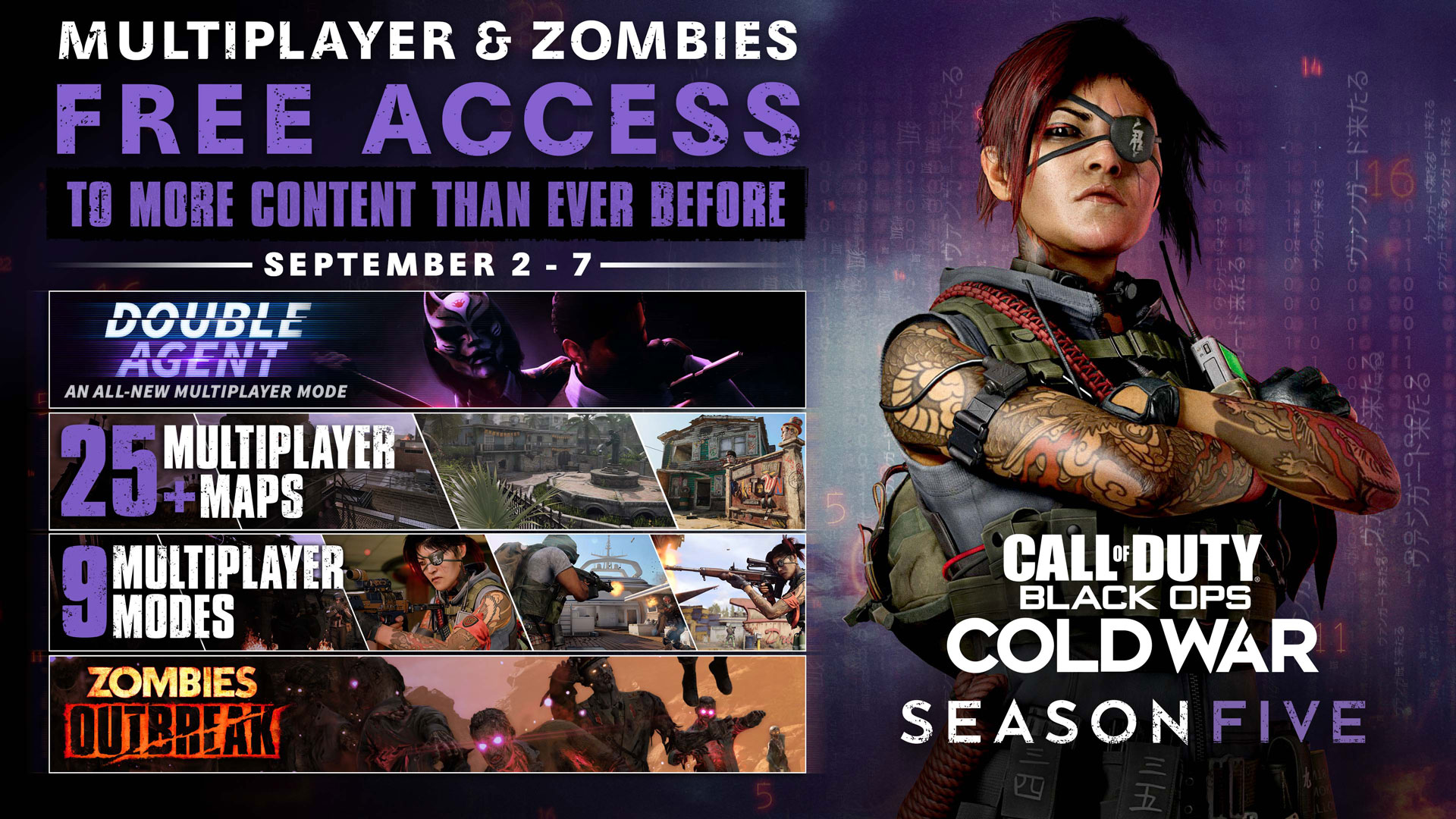 With the Numbers Program wreaking havoc in the field, we’re putting out a call to all Operators. We need new Requiem agents, too, if we’re going to stand a chance containing the expanding Outbreak Zones. Mission critical: we need all the help we can get.

Join the fight when Free Access goes live from Thursday, September 2 at 10 AM PT through Tuesday, September 7 at 10 AM PT. Warzone players will find all their Black Ops Cold War weapons and global-level progress intact within the trial, and any progress earned during the trial will carry over to Warzone.

Recruit your friends and squad up! Whether you’re itching for Multiplayer, Zombies, or both, we’ve got you covered. During Free Access, download Black Ops Cold War on PC via Battle.net. Now onto the supported modes: 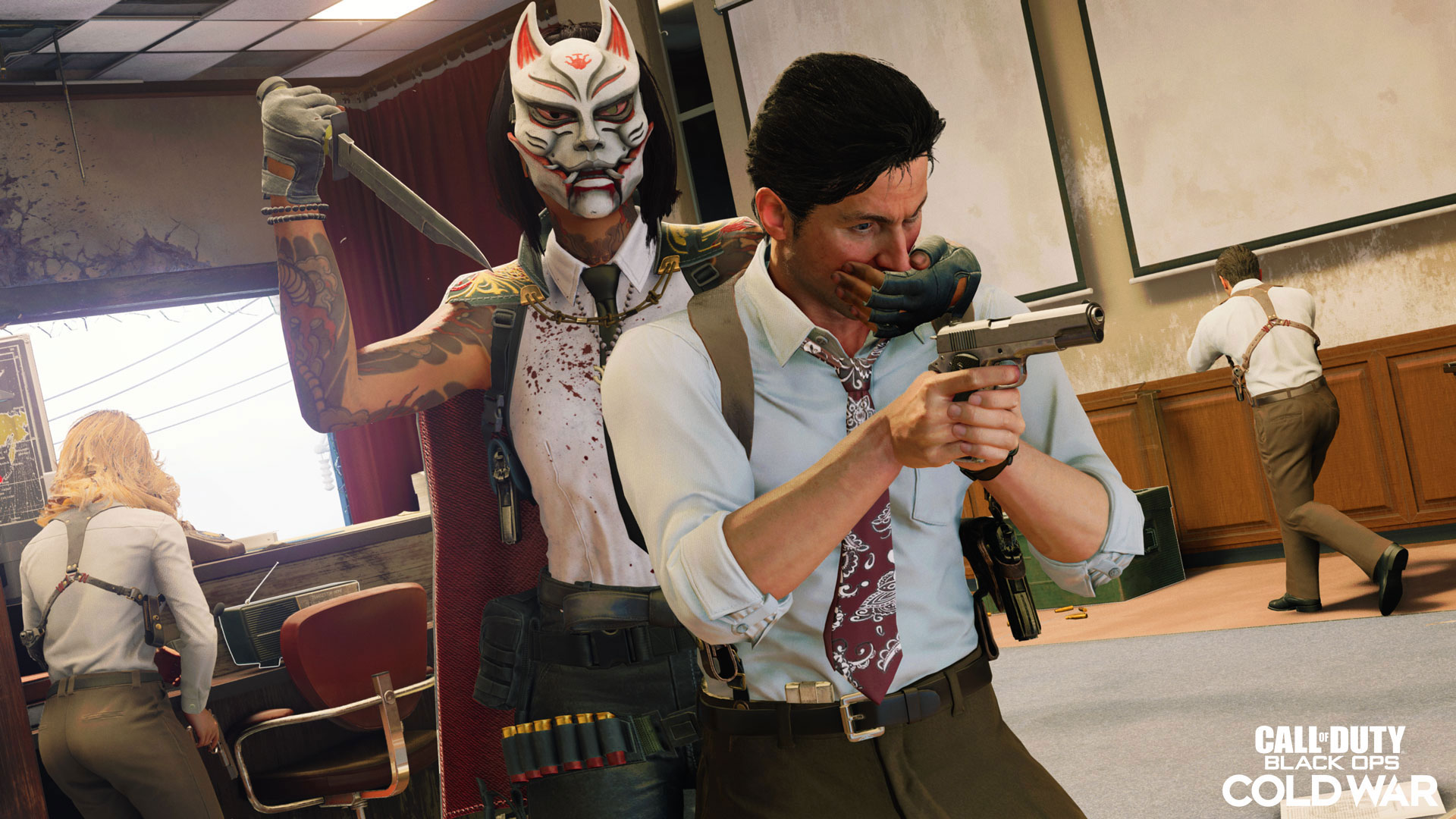 Play how you want with nine supported Multiplayer modes. Compete on the recently added Echelon, Slums, and Drive-In maps in the Season Five Moshpit, or go old-school with Throwback Moshpit, featuring a selection of remastered Black Ops fan-favorites. Get chaotic in Nuketown 24/7 and Face Off 6v6, where engagements are constant and mayhem is guaranteed, or squad up for a collection of social game modes in Party Games. Test your skills against enemy duos for in-game rewards in Gunfight Tournaments, or run-and-gun in Team Deathmatch. Play them all and more for the full tactical experience.

Free Access players can also drop into the new Double Agent mode. Join the investigating team and search for clues to uncover hints about the Double Agents in your group, then wipe them out before they sabotage the mission. Or act as a Double Agent planting bombs and eliminating players who stray too far from the pack. 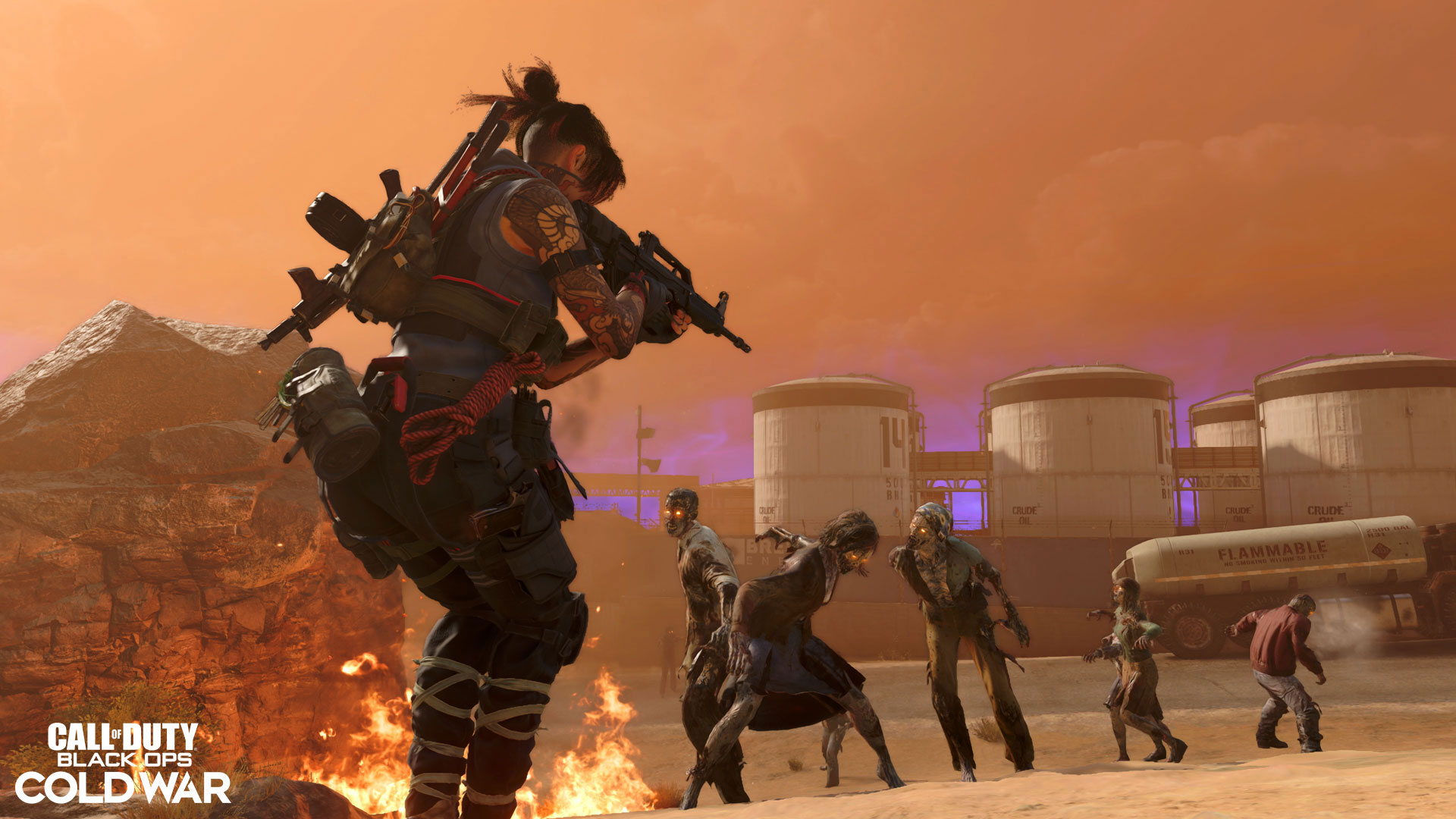 Free Access also includes the entire Outbreak experience in Zombies, the perfect mode to introduce your friends to the Dark Aether universe. Get in on all the new Season Five additions, too — travel to the new region, Collateral; blast your enemies to shreds in the Tank; get around quick with the Grapple Gun; and take on the sinister new Disciple enemy throughout the Ural Mountains and Algerian Desert. Form your squad of up to four, level up your Skill Tiers, gear up, and get out there.

Keep All Your Progress

If this is your first deployment to Black Ops Cold War, know that all the progress you earn during the Free Access period will be saved and carried over to the full game upon purchase. This applies to both Multiplayer and Zombies. 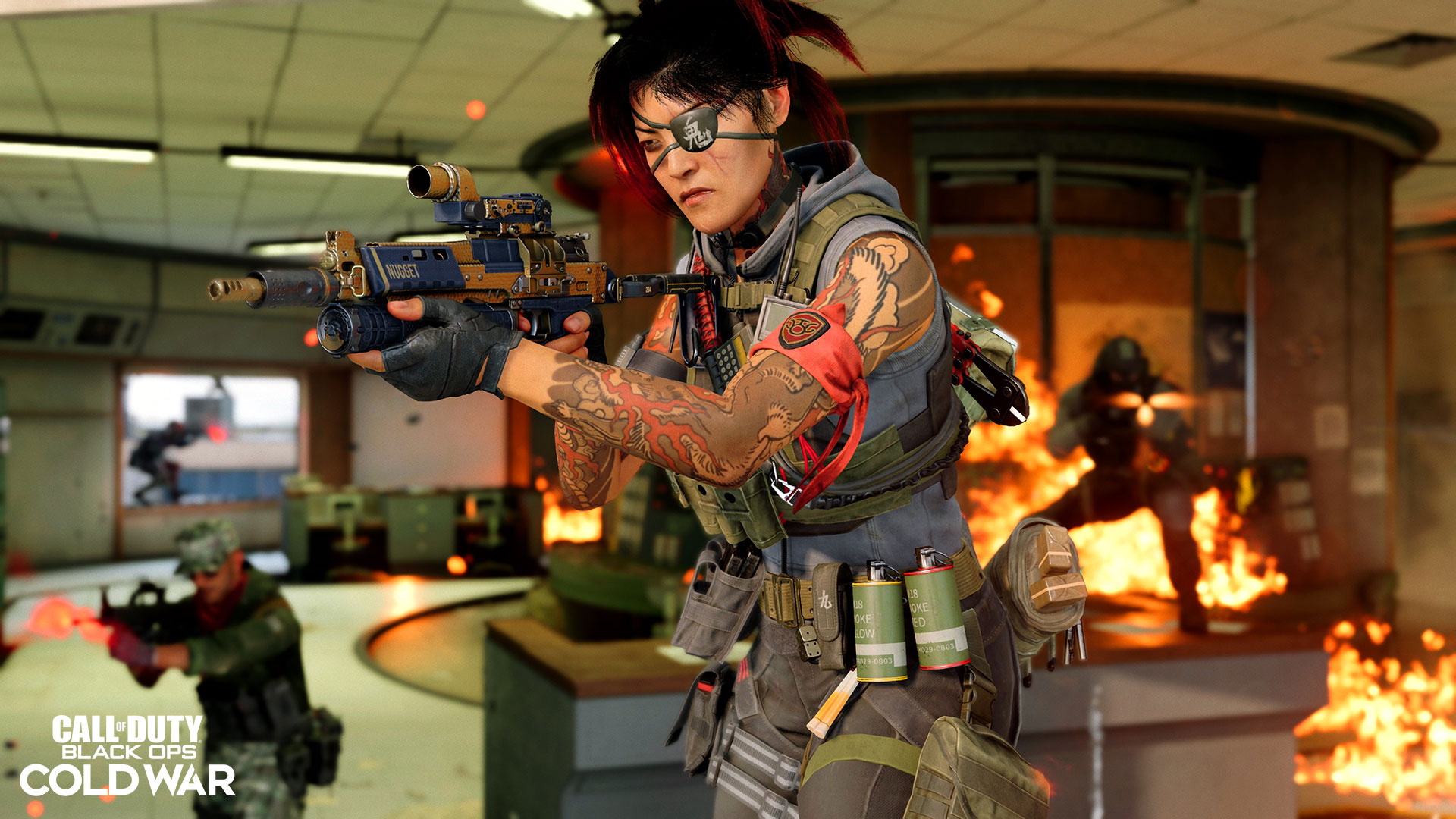 Upgrade and Get the Season Five Battle Pass free

Free Access players who upgrade to the full version of Black Ops Cold War during the trial will automatically receive the Season Five Battle Pass + Free Tier Skips as a thank-you for joining the fight.

Visit CallofDuty.com to purchase Black Ops Cold War to get up to 50% OFF for PC via Battle.net (August 31 through September 6) for a limited time. Select your region to get the game and download to start playing.